Its been a little while since I posted up anything so I figured I would restart things with some random gaming thoughts and maybe some new stuff I'm doing. 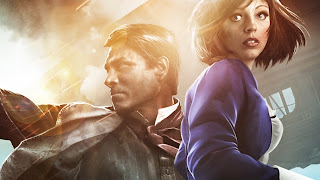 Bioshock Infinite was an awesome game. The Ending confused me a lot. So I went back and rewatched it. Made more sense the 2nd time through. If you play through it just know that it, like every big Marvel Movie has a small scene after the credits. And if you skip the credits you dont get to see it. So stay until the random girl and dude are done singing. You'll know what Im talking about when you get there.

I've started playing MKII warmachine a lot more. I think in the past month or so I've played 4-5 games. Im pretty much only using Drake McBain. He is awesome. If anyone has any thoughts on how to run him better I'm open to suggestions. Right now all I know for sure is that Boomhowler and the Nomad are awesome. The rest of the list is in flux. 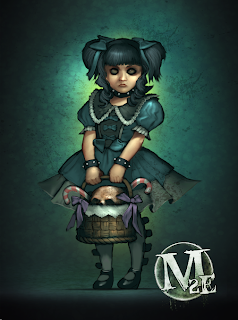 Wyrd announced their 2nd Edition Malifaux to the world. As many of you know I pretty much quit warmachine when MKII came out. So I am cautious about changing any game I like. But that said Malifaux could benefit from a streamlining of the rules and a rebalancing of some models. So I will be optimistic for now.  I assume thats candy in the picture up there.  She went goth i guess.

Ok so thats where things stand for right now with me.  I think once we get 2nd Ed rules in hand I will have a lot more to say about it.
Posted by Dan at 8:29 AM