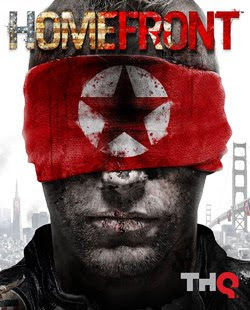 I beat homefront's single player yesterday. And it was pretty disapointing. The story was really good (And depressing and disturbing at times) and I was having a ball playing through it, but then it just kind of ended. Only about 3 hours of story to play through. So they decided the best way to compensate for the lack of story is to make sure you die every 5-10 seconds. That extends the game into the 5-10 hour range. Really frustrating.

I would say that its saving grace was meant to be multi-player, but since the controls and weapons are no different from those in Call of Duty Modern Warfare and Black Ops, even that seems like it will end up being kind of pointless.

Its by no means a bad game. Dont get me wrong it is a good bit of fun. But if you already own CoD, THen I think you could pass this game up and not miss anything.

Decided to keep Infamous on the back burner for a little longer. Going back through Dragon Age: Origins right now, as a mage. Never played one before.
Posted by Dan at 9:00 AM