So after our rather awesome Malifaux league I started feeling a touch burned out on the game. Jumping on the chance to pimp out another obscure mini's game Chris Slazinski pointed out that Hell Dorado would finally be getting an english rule book in the near future. For those who dont know this book was scheduled for release in january 2010. Then again at Gen Con. Then again in Jan 2011, and so on. So I gave the game a test run and thought it was pretty cool. But I wanted the Army book. Well has fate would have it, when they said July 2011 they actually meant it. 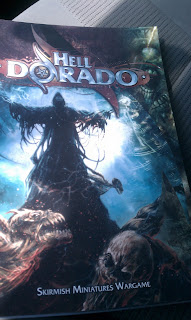 So a quick overview. Its a skirmish based game. You use 6-10 models per game. The story line goes, that during the 30 years war, gates to hell started to open all over europe. Setting aside their differences the Catholics and Protestants decided to conquer hell.

Westerners - This is the Christians, they are a jack of all trade crew. Decent melee, shooting, and a bit of magic as needed. 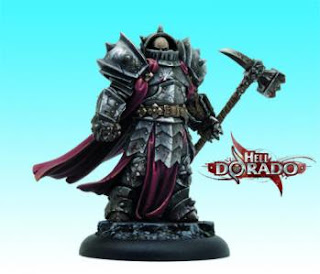 Saraceans - This is the Ottoman Empire, Pursians, etc. They actually found a gate to hell about 200 years prior to the Euro's and have been exploring it since. They have a lot of cool prince of persia style guys as well as Djinn. 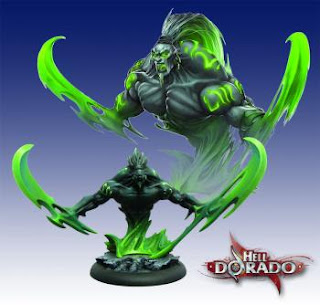 Demons - Hell's native residence. At first they thought the europeans were comical, but upon seeing the power of the Gun, and a Cavalry charge, they stopped lauging and started killing. Most of the Demon's leaders are Fallen Angels. 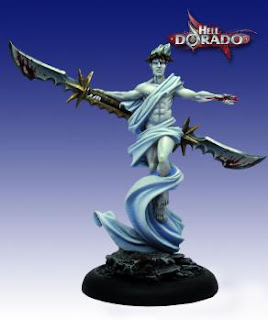 The Immortals - These are the Chinese guys. They have been in hell a long time and started becomming half demons themselves. 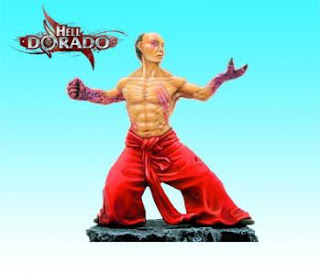 The Lost - These are Demons with no lord or Angel to control them. They all have various reasons why they have no lord, but all they want is to be free and have land of their own. In a hilarious way, these and the Saraceans are the only good guys. 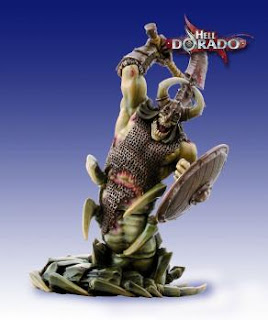 Last is the Mercs, they work for money, or glory, such as this awesome dude, Don Quixote. 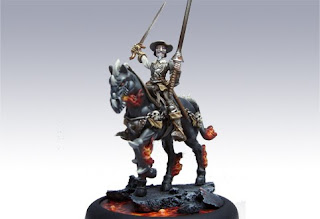 I ended up grabbing the starter box for The Lost. That Centepede dude is just too sweet. I think I rushed into getting a box though, had I really looked everything over I might have chosen Westerners instead. Either way Im happy with the Lost. I took some time over the past week and this weekend and got my lost painted up. I also have them all on Micro Arts Studios Chaos Bases. 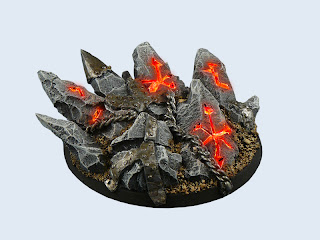 Here are the Models I own. 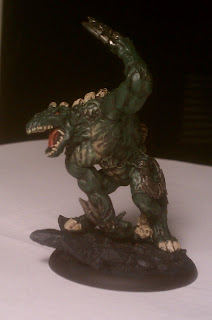 The Fangs of the Pit 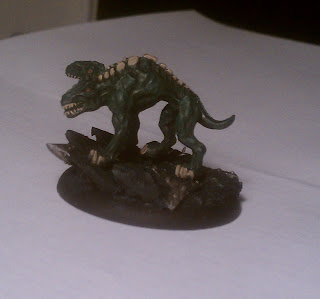 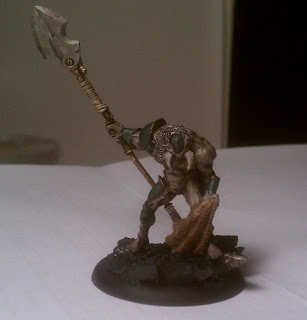 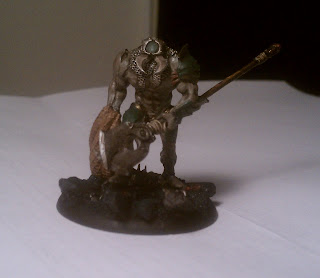 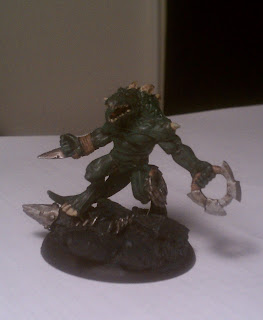 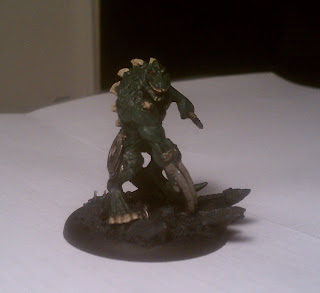 So now I'll go ahead and get in a few more games. Then I can come back to it and give a better overview of the game itself.
Posted by Dan at 8:36 AM

Box is only what... $30? Not too late to grab the Westerners if that's what you like more.