So once again I had a friggin Awesome weekend. I'll start at the end and work back. First things, HAIL TO THE REDSKINS!!! Suck it dallas, and all the fans of Dallas. 13-7 you guys suck. Also its good to have football back on. I missed it a lot. Now the heartpounding sweat drenched final drive of the Cowboys I missed a lot less, but still it was a great game for the Skins to pull out a victory and showcase our top tier D. 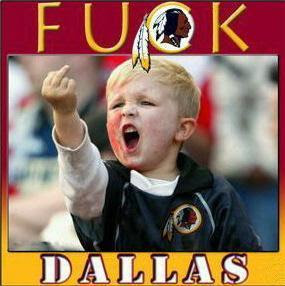 Ok the real story of the weekend has to be the Bachelor party. It was a pretty great night. We got mega hammered in a fantastic hotel room, and ate at a pretty sweet Irish place all paid for by Eric, mike's very awesome Brother/Best-Man. We started the Day with a team Scavenger Hunt. My team of 3, known as Team Win was Me, Rockett, and Eric (Not mike's brother, there were 2 Erics) 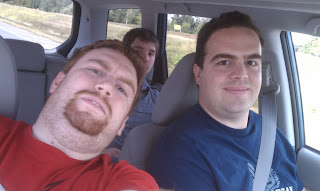 So eric drove (like a maniac) Our first task was to bring Board Games, Pop Corn, and Soda, along with a 6 pack of beer to some dudes house in exchange for the second task. We hit the Target, Total Wine are in sterling. I ran into Total wine, Rockett and eric hit Target. I grabbed a 6 pack of Pumpkin ale, and was heading to check out when a man at a table offered me a taste of a different pumpkin ale, I was in a hurry, but not that much, so I tasted the ale and bought a second 6 pack of that one. 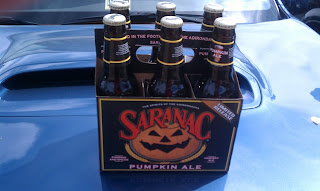 We made it to the first destination first, but not by much. And as we arrived Mark blocked us in the drive way. We tussled with them to try to make them move their car, and in the process I got punched in the gut. Rather un-called for in my opinion. Our second task was called Sex Drugs and Rock & Roll. Sex = A Porn DVD, Drugs = Liquor, Rock = A Rock CD. Well no one knew this at the time but no one in sterling sells adult movies. I killed my cell battery trying to get find a place. Eventually we made a run out to Chantilly since that was the closest MVC. Bonus points were awarded if we could get a female employee to; Pick the movie, pose for a pic holding the movie, and act out a scene from the movie. Well it took a small amount of convincing, but: 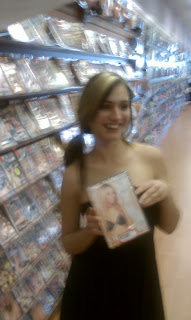 I also convinced her to Kiss a random dude in teh store, but I promised her that pic wouldn't end up on the internet, so, sorry.

That set us back a lot, and we were last to arrive at the Destination 2. aka My future sister in laws house. I was less than pleased to show her that I had a Porn DVD, but I pretty much had lost all sense on shame by this point. We grab the last task, which is The next step - A parenting book, Diapers, and pregnancy test. We peel out, but Mary stops up, saying she has those things. Well all but the pregnancy test. So we grab them from her and run off full speed to Giant. i jump out of the car in the parking lot when there is traffic and haul ass full sprint down the strip mall. I ran by a bunch of band kids who noticed I was wearing my Flash shirt and they cheered me on. I ran into the pharmacy section saw a girl stocking shelves and went up to her out of breath and sweating "I need a pregnancy test now!" She looked really shocked and possible a little scared. I bought it and we hit the road, destination 3 was in DC, and was the Hotel we stayed at for the night. We ended up their first, big props to Mary on that one, for the hook up. We got green smily shirts for the win, the back of the shirt said "I won Mike's Bachelor Party", there would be a pic, but its in the wash as it got covered in beer. The rest of the teams got a yellow shirt with a frown that said "I lost mike's bachelor party." I also won the MVP of Mike's Bachelor party, which was a cool ass Silver Cup trophy, which I drank most of my beers out of, by racking up the most bonus points, entirely from getting the girl to kiss the dude in the porn store. Then there was awesome drunken revelry. All in all it was a great night. Congrats Mike!
Posted by Dan at 10:05 AM