Well Ryan Reynolds has signed for the Upcomming Deadpool movie, but it is still searching for a Director. The Writers have signed and its the same pair who wrote up Zombieland. Whats that you ask? Why should I care about Deadpool?

Well Deadpool is the most bad ass being in the Marvel Universe. He can go toe to toe with any heavy hitter, Cap, Spiderman, or even squirrel girl. Although since there is no profit in it, he has no need to kill thesm. So they can count themselves lucky they will never have to face down this. 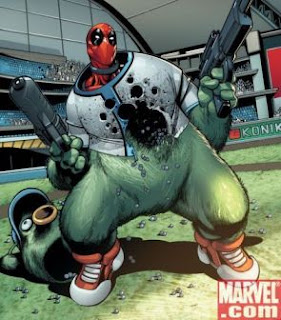 Deadpool is a man of convictions. Other Superheroes, like Captain America are willing to let somethings slide, but not deadpool, he stands his ground and shows the world that whats right is right, and he will not back down! 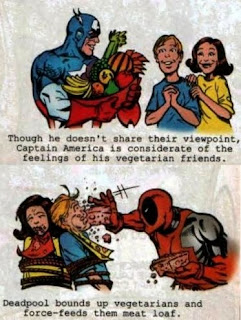 He is also a manly man. Only living in the most awesome... shacks, but he drives a kick ass car... 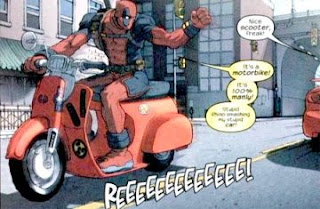 And Most importantly he always gets the girl 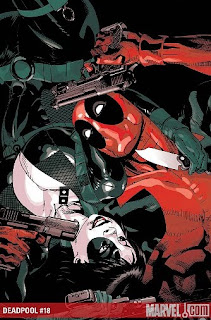 But in all honestly He is one of the funniest and most bad ass characters in Comics today. He breaks the fourth wall and its pretty much always well done. Having read Deadpool comics for the last 5-6 years I finally feel like the mainstream comic collectors understand what the 50 direhard deadpool fans have been saying since day one. He is a fantastic character and needs 4 monthly comics. Suck on the Spiderman! 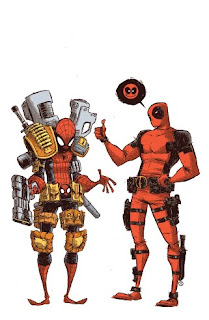 Deadpool: one of the few good things that Rob Liefeld did for comics. Another being Cable (but we're talking the New Mutants/X-Force version of Cable, not the lame, own-a-country, messiah version that exists now). Ah, I miss the good ol' 90's comics. Deadpool's probably one of the only good Marvel/DC comics now, though there are a lot of solid other ones out there.