Rounding out the guild

Here is the oldest brother Fransico. 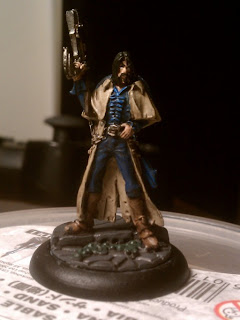 So i've been working on a small guild crew for a little while now. I chose Perdita and her Family for a few reasons. First of all they appeal to me most of the guild. And there was a time where I had in my head I wanted to own a crew from every faction. They have the best fluff, and their models are all unique and really flavorful. Perdita herself is one of my top favorite models in the entire Malifaux line. And lastly they are a powerhouse crew. Their alpha strike is second to none in my opinon, and their damage potential is unreal. So I picked up their starter, Abuela, A governors proxy, an austringer, and 3 death marshalls. So I tried to make them my paint contest crew for october, or maybe september, but I got lazy or lost interest or something and it didnt really work out. So here is take 2 of the Ortegas.

Santiago - He was the only model I finished for the first contest, so he won't be eligable for this one. 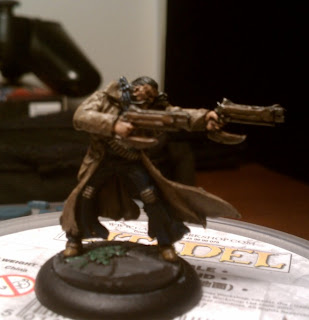 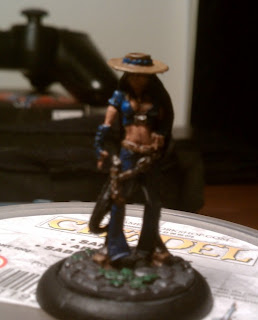 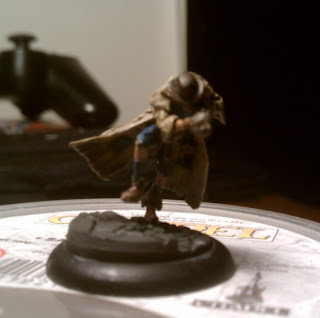 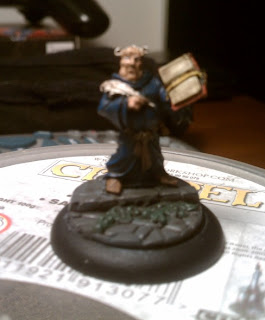 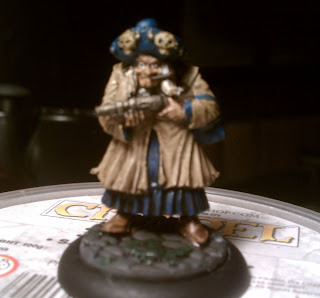 I've been working on my Villains. Heres a look at some painted dudes! 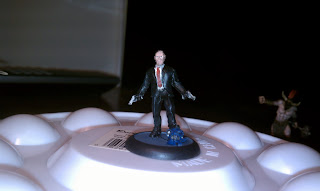 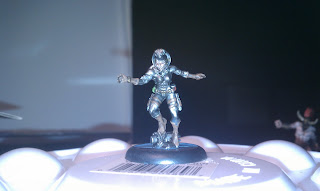 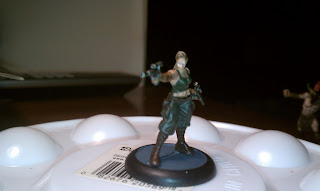 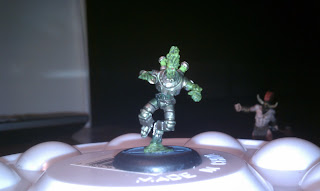 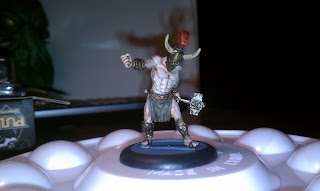 Apparently Hellsmith loves the camera. He makes a cameo in all 5 pics.
Posted by Dan at 12:55 AM 1 comment:

So the Playoffs are upon us. Im gonna do 2 things. 1st post some predictions. 2nd Write up how to fix the Playoff system.

Round 3:
Chicago at Atlanta - Atlanta
Baltimore at Indy - Indy

Im not sure I actually even believe this will happen. It wouldn't surprise me to see Philly vs New England in the Super Bowl. That would cause me to for the first time ponder whether or not I actually want to watch the game.

So Im ready to fix the NFL playoff system, and heres how! "But wait Dan! Whats wrong with the current system?!" Im glad you asked. In a sense the Seattle Seahawks are whats wrong with the Playoffs. At 7-9 not only are they in the playoffs while the Giants and Bucs 10-6 are sitting at home. But they get to start the Playoffs at home. In the Wild Card round, there is only 1 team who is getting a home game and finished higher then the team they are curently playing against. Now a lot of people want to see the divisions re-formed. But these divisions are pretty old. Granted they were changed up when the NFL went to a 32 team league. But there are some historic Rivalries in the NFL. Skins Cowboys, Cheifs Raiders, Pats Jets. And so on. Changing the Divisions might be the answer for a more competative league, but these Rivalries are a neccessity to the NFL. A Rivalry can create drama and fans on its own. So no! do not change the divisions. Change the playoff Seeding. Instead of taking a division winner, no matter their record, let the top 12 teams regardless of Division and even confrence play it out. Here are the top 12 teams in the NFL at the seasons end.

By just seeding the teams you get the best of the best playing each other. Deserving teams get home games and byes, losing teams get sent home. Baltimore had the 4th best team in the NFL this year, but they will likely play every game on the road. In college sports the most exciting event is March Madness. A large Tournament where the best teams play each other. The NFL could mimic this strategy and likely they would have a much more competative and fun to watch post season. Under the Dan Playoff System Week 1 would look like this.

Then you they could either Bracket the playoffs or continue with NFL standard seeding idea. The Patriots would play the lowest seeded team still in contention, and so on, until the Ravens play the highest seeded team.

All that drama, excitement, and No weasley Pete Carrol and his 7-9 Seahawks. Who by the way are a 10.5 underdog at home.
Posted by Dan at 9:35 AM No comments: