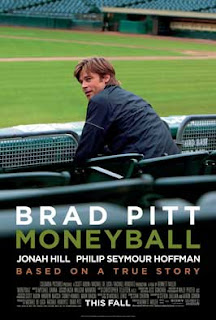 Last night Ellen and I went out to see Moneyball. Its a movie that I was interested in pretty much from the first preview I saw. I have to say it delivered very well. Basic premise is that in baseball there is no salary cap, and Rich teams can always afford better players then poor teams. The Oakland A's are one of the poorest teams in the MLB and after the 2001 season their top pitcher and best 2 batters all leave for the richer teams in New York and Boston. Billy Beane (played by Brad Pitt) the GM of Oakland is forced to rebuild his team yet again. Only this year he gets fed up with trying and failing in the same manner over and over. He is fed up with his scouts and idea men since they continue to toss out the same tired old ideas that have failed his team for the past 10 years. By chance he meets Peter Brand (played by Jonah Hill), a young scout for Cleveland who has a degree in economics from Yale. Brand has an idea about a new way to scout for players. Instead of trying to find the same old 5 techniques, that is constantly looked at by scouts. Look instead at a players ability to get on base and score runs. They turn baseball on its side with their idea, and though it takes a while to come together, as we saw in 2002, the Oakland A's actually had some success with this formula. 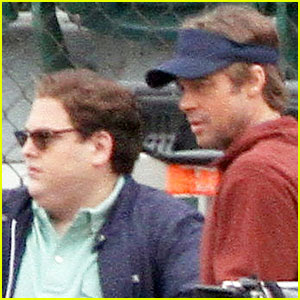 One thing I liked about this movie is that even though they show some really complex formulas in how to predict a players abilities, they never try to really explain them. I feel doing so would have bogged down the movie. Instead they boil it down to On Base percentage. It makes the movie flow really well. They other great bit is the chemestry between Brad Pitt and Jonah Hill. These two literally could not have less in common, but they are dynamite together in this film.

A quick aside, the film uses all the real names of players, coaches, and GM's except for Peter Brand, who is actually, Paul DePodesta. And he went to Harvard, not Yale. Apparently Aaron Sorkin thought that was hilarious.
Posted by Dan at 10:21 AM No comments: 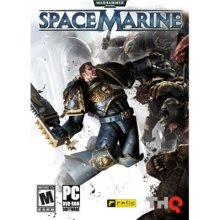 So at the beginning of September THQ released the game Space Marine. It came with a decent single player mode and pretty extensive Online play. I bought it on release day for the PS3. It took my a while to get through the single player game. It was a boat load of fun, but a touch shorter then I would have liked. It did set itself up for an expansion or maybe a sequel down the road, with a cliff-hanger ending to the story. All in all the Single player was pretty close to worth the price of the game.

It took me a while to get into the multi-player since the PSN and Space Marine apparently didn't agree with each other off the bat. Thanks to a patch that came through this past weekend (I think) I have been able to get into games very quickly and play to my hearts content.

The Multi-Player has some pretty awesome features. There is a leveling system. Leveling allows you to unlock new armor, weapons, and class upgrades. The Armor is asthetic only. The unlocking weapons and upgrades is where the level differences can rear its ugly head. From levels 1-4 you are stuck with a basic ultra-marine, with a bolter. Once you hit level 4 the Customizer opens up and you can start making your own personal marine, or choose from any of about a dozen pre-set chapters. You also get the ability to select classes, weapons, and perks for your marine. Again, you unlock these as you level up. I made a pretty solid effort to create a Pre-Heresy Death Guard for my Marine, off white armor, gold trim, green should pads and back pack. with a pointey circle and skull in it for the chapter badge. As for my chaos Marine I went for a scheme as close to my Chaos marines minis look, as possible. A dark bone color, with Green Pads, the goal for the chaos was to make it look like the pre-heresy marine was still in his pre-heresy armor, but it just got more chaosified.

This is the chapter badge, they dont have this one, but there is one kind of close.


If I had any photo's of my chaos army they would be here. But I guess I only took photos of my Malifaux.


Its taken me a few days but I have been slowly leveling up and upgrading my weapons. Mostly the bolter as it is my favorite. So, Im telling you the multi-player is very fun, but maybe your worried about how much pain you have to go through to level up while there are all ready people with ridiculous load outs who can kick your butt. Well THQ went ahead and thought of that. Every time you are killed you have the option to return to the game with the same load out as the person who killed you. So the level 41 guy with a Melta-Gun that is kitted out to the nines, will have to deal with you rolling back up on him with the same beefed up melta-gun. It honestly doesn't fully cover the gap between levels, but it does a damn good job helping to close it a bit.

In the end, if you like 3rd person shooters or 40k this game will do no wrong for you. I will say honestly that I think a large part of why I like this game so much as that I really like the 40k universe. So for all you 40k players who dont own this one yet, get off your ass and grab it. Its a solid game.

Vicki's and other stuff 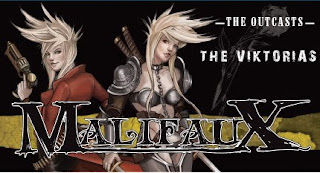 So I picked up the Vicks to go along with the Von Schill crew I got. I've been trying out different list combos and ideas to get the Vicki's working for me. Here is my main example list.

This was the base list, I swapped out the Student, Gunslinger, and stone totals. But the Librarian and Schill were always there.

This weekend I wanted to try something new(ish)

The big problem I was having with the Librarian and Student was that I felt like I was playing down 10 points since they could never really keep up. So I was either slowing myself down to keep them in the game, or leaving them behind. The Ronin seemed to Solve this problem. Looking over the stat line for Ronin I have to wonder why more people aren't going nuts over these ladies. For only 5 stones you Get Melee Expert, Reach 2, 2/3/5 damage, Harmless, Hard to Kill, and a bunch of other crap. I played with the pair of them twice this weekend and even when they died easy I still felt like I got my points worth from them. So Im thinking Ronin are going to have to become a permenant add to my Vicki crews. 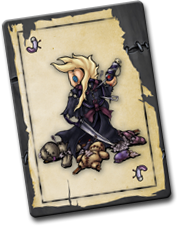 I also got in 2 games with the Vickis this Saturday. Here are some quick reports.

This game started out well for me. McM had Slaughter, and I had Destroy the Evidence. Von Schill gunned it to the evidence while McMourning killed his own dogs giving me first blood. We moved up on each other and then right when I thought we were going to engage head on, McMourning and Sebastian ran over and started to wail on Schill. The poor guy had to run like crazy to get away from all the stabbing and cutting. Around turn 5-6 Schill grabbed the last evidence marker and took a shot at McMourning. McMourning paid Schill back by slashing this throat. Unfortunetly for McMourning to this point he had not drawn any decent Crows and had no Flesh Constructs, Also the Vickis and Ronin had done a number of the rest of his crew. So the Convict and the Vickis ran up and cut him down. I ended up losing Eye for an Eye, but I stopped his slaughter and Assassinate on the Vicks giving me a 6-2 win. 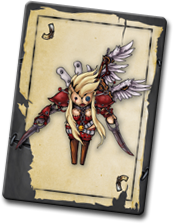 At least she wanted to be an Avatar. The Vicki's weren't having any of that. Once again Schill came up to be the sacrificial lamb who got the objective. He snagged the treasure and walked it back a bit. Criid then blasted the crap out of him, along with pretty much every gun in her army. Around turn 3 The Guardian ran up into Melee, Forgetting Ronin ignore armor (did I mention they are only 5 points?) The Roning made quick work of the Guardian. Schill then got shot dead by a witchling. He was done activating at that point, Criid was almost primed to Manifest, but I had the Vickis to go. Sword Vick stepped up, and slashed a Death Marshall, dropping him to 1 wound. Then she grabbed her sister and flung her into the middle of the guild crew. Gun Vick went, and hit Santiago, dropping him to 1 with his hard to kill. She triggered Whirlwind and Killed the Death Marshall. She then hit Santiago again, killing him and whirlwinding into Criid. She did 3 to Criid, and whirlwinded into the last witchling killing that. Turn 4 I won Init and the Vicks took poor Criid down in the flurry of angry hateful stabbing. I did forget the stupid Counter spell BS and lost an action to it as I tried to have Gun Vick sisters in battle. Should have had sword Vicki do it as she was about 6 inches away from Criid. Oh well in the end the Vickis were amazing. Im starting to really love playing them.

Whats that Other Stuff I was talking about in the Title!?!?!?!?

The REDSKINS ARE 2-0 BABY!!! This win wasn't pretty or even overly good, the way it was against New York, but a win is a win, and the Redskins are atop the NFC East for at least 1 week. 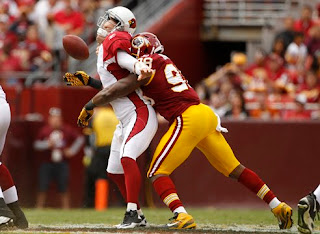 Orakpo Owning Kolb
Posted by Dan at 8:34 AM No comments: