So I had been talking about my 10 Thunders and getting them painted for the 2/9 Tournament. I ended up falling 3 models short and made the decision to take my outcasts instead. I could have fielded the 10T for the tournament and either not worried about painting or not taken Jakob since it was him and the Beckoners that needed paint. But I opted to grab Levi and the Vicks instead.

A look at my Outcasts, plus the 25 Stone Crew I entered for the Paint Contest


Game #1 Shared revised Line in the Sand vs CJ and his Ressers.

I brought Levi just for this mission. So I took Levi, Alyce, a Dog, Collodi and his Dolls, and a Belle... wait thats right I packed, Ryle, Ashes and Dust, and a bunch of other crap, but forgot my Belle and my Hodgepodge Effigy. So I took a Steam Punk Abom instead.

The game went well for me from the get go. Levi would wander up to a model and blast it to pieces and deny him his corpses. It wasn't until Collodi went into the Crookedmen and Dead Rider that started getting his corpses. I snagged 3 Dynomite and played defense with those markers getting myself up to max points. I killed Nico with a Rapid Firing Alyce, and won the game 8-2. CJ is a strong player, but I know Nico very well so that helps to counter his shennanigans.

Game #2 Shared Reconoiter vs Aaron and his asshole Hamelin

We both royally screwed up this game. It also went to turn 8. In the end I won 7-6. Instead of giving the play by play here are the top screw ups. Sword vick killed 6 models in 1 turn. I drew 0 cards off Body Count. Hamelin died. He forgot about his stolen. I attacked his Rat Catcher with a Ronin's Melee Expert, and forgot to use her regular AP. There were more then those as well. I grabbed 1st Blood and Kill Protege by turn 3. And had snagged 2 Recon VPs right off the bat. He clawed back in the game, by getting 4 points for Reconoiter after I already had 2. So has we ended on turn 6 it would have been a 6-6 tie. Turn 7 a 7-6 win for him. Turn 8 ended with a 7-6 win for me. Crazy strange game.

Game #3 Shared Claim Jump vs Mike and His crew that looked like my crew.

We started grabbing crews and then realized they were pretty much an exact Mirror. So we made a deal. I would drop Von Schill, and he would Drop the Vicks. We both agreed that likely favored me, but then he said himself he was way bette then me, so I guess it was fair.

We really wanted to have a game that was more then an initative flip. We failed. I won turn 3's init with a 13 and killed Von Schill. had he won Init he would have taken both Vicks out. He did something awesome later, when he detonated his Specialist Tank. It took both Ronin to their hard to kill, dropped the Student to 1 wound, and Gun Vicki to 3 wounds. My awesome move was to have Ronin A sepukku, and then gun vick used "Another one" to summon sword vick back. I won the game 8-4. WOOO

So we ended up with 2 undefeated people, but my differential was pretty strong as was my accumulated VP's, So I won the day. (GO DAN!) 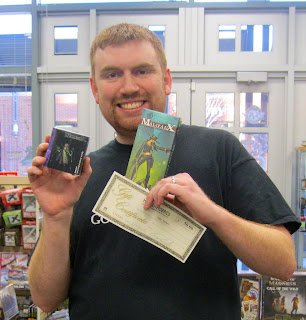 So Mike and I agreed to split that gift card, I got some Infinity stuff, he got terain. I passed the Santana off to a Guild Player. I dont need her, and I think He'll enjoy having her. A-Ramos got exchanged for a Laser site marker that I gave to Aaron since he and I had such a wonky game that he very well could have won, had he remembered his stolen.

The most awesome part of my victory was the overall scores of the Huzzah guys were good enough to keep both the Top Malifaux store on the east coast Plaque and Best Store in NOVA Trophy at Huzzah, where they belong!

I only needed to paint 3 more models. I could stay up for another or two and do them, but Im tired and unmotivated.

As a result for the tournament I'll be going in unprepared and with a total surprise. Should be fun.

I'll write up a report later on this week.

Also Izamu broke in two places while I was trying to put him in my case. Im a bit pissed
Posted by Dan at 12:01 AM No comments:

Ok this is going to be a massive post of Pics. I re-took all my previous shots with a much better Camera.

Added in we have Yan Lo, 2 Ashigaru, Izamu, The Soul Porter, and the Desperate Mercenary. 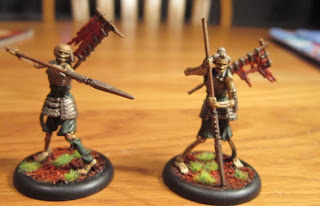 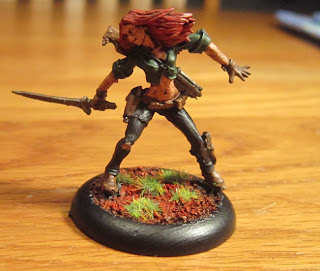 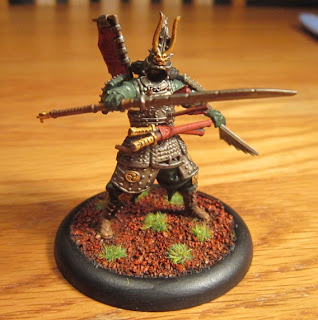 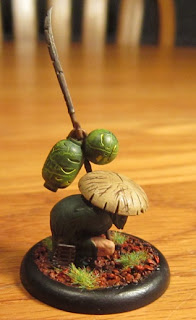 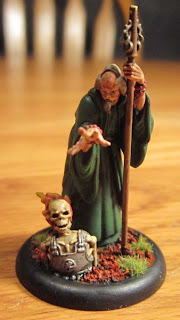 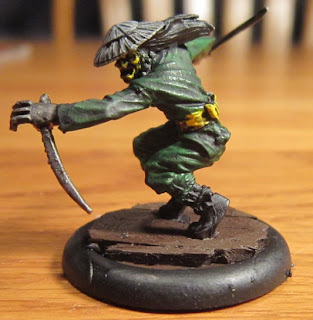 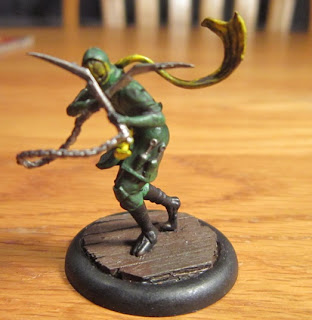 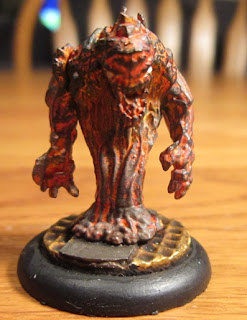 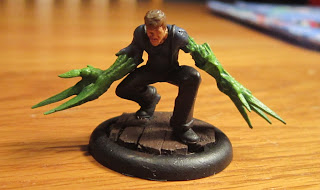 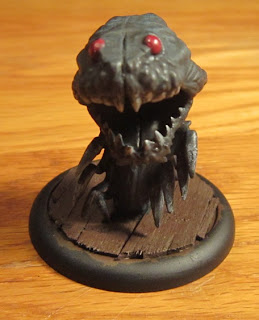 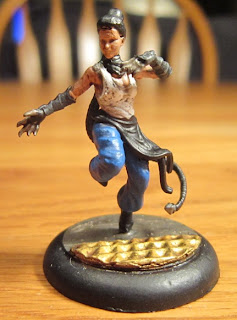 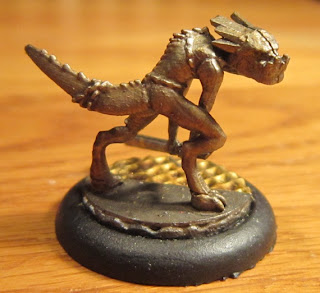 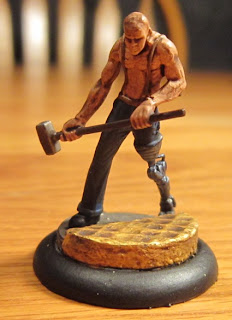 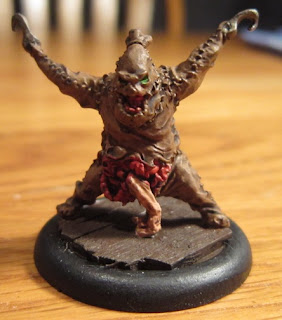