I had no idea what to call this blog, its gonna cover a few things. 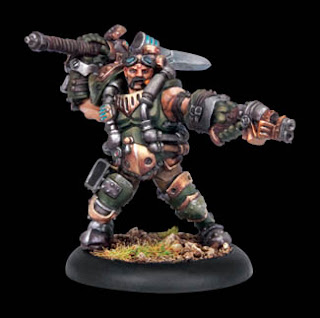 1st up is Im kind of on a Warmachine kick. Not sure how long it will last, but there is an event this weekend, its an achievment day I think is the best way to put it. And I'm going and bringing my Mercenaries. To that end I want to paint up the last few models of Shae's Crew and a couple for Drake McBain.

The Sea Dogs are top priority. 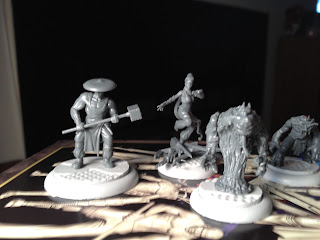 Next up I got Mei Feng in the mail finally. She, Kang, and the Emberling are assembled. The Rail workers are still on the sprue. Im tempted to melt them down into a litte clumps and fling them at Wyrd employess at Gen Con next year. Just so we are clear I believe that their table effectiveness is not reduces by being left on the sprue or melted down.
*Note* The Hat that Kang is wearing was taken from a Rail worker

Fantasy Football week 1 went well for me. I won my game and posted top score. Lets hope my team can avoid the injury bug that has plagued me the last few seasons. 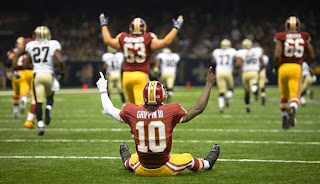 Finally RG3 IS A GOD DAMN BEAST!!!! I have him on my fantasy team and lets face it at this point he's locked in as my season long starter. Peyton Manning can ride the pine!

I will try to remember to post up after the Even Saturday to get some thoughts out on how Im liking MKII which I haven't really played and to see how Im feeling about WM on the whole.
Posted by Dan at 1:03 PM No comments: